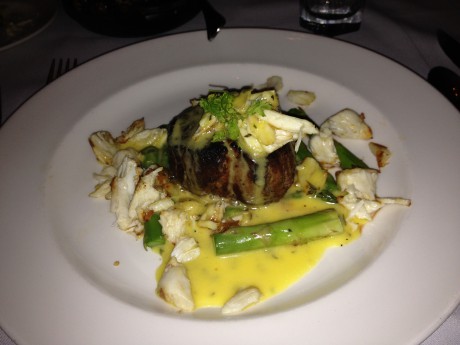 First dinner in Vegas, and rather than venture into a buffet immediately, we decided to walk around and just pick a restaurant. The Capital Grille in the Fashion Show Mall seemed to be a good choice.  Did not realize it was a chain restaurant, but eh.. worth a try.

Service is what you would expect out of a steakhouse type restaurant. No complaints there. My steak au poivre was a NY strip was a bit overcooked to my liking, but not that bad considering the thickness and being a leaner cut than a sirloin or filet.  Theresa had the Filet Oscar, which added crabmeat and bernaise sauce.  Was cooked well. We ordered a side of grilled mushrooms, which were not really all that great. Under seasoned and a bit on the dry side.  Probably would have skipped ordering it if we would have known it was gonna be that way.  All in all, a passable, average steakhouse meal.  Nothing outstanding, but nothing terrible either. With all the nice steak places in Vegas, I would say you could skip this one. 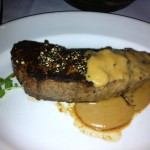 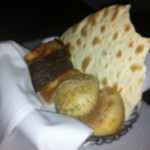 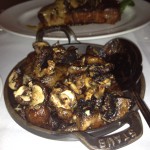 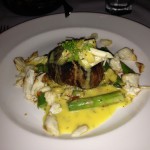